Apr 23 Posted by burke@thenightministry.org in Announcements 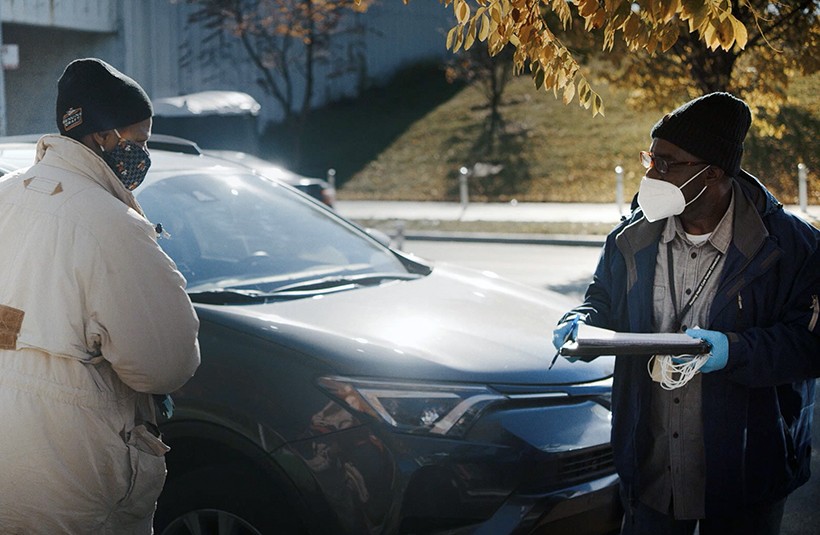 Belton continued to experience homelessness as an adult while also grappling with addiction. Just as it was with many of his family members, criminal activity provided an income, and when he wasn't living on the streets, he was behind bars. Finally, an intervention by a judge, prosecutor, and public defender helped start him on a path to greater stability.

"I was ready to change my life," Belton said. In lieu of a prison sentence, he entered into a drug treatment program where he began to recover from addiction, and which he credits with starting his interest in community building. Upon release, Belton began volunteering with Heartland Alliance, at first handing out flyers for the nonprofit's health clinics but later joining its community advisory board and board of directors.

Belton first encountered The Night Ministry while speaking on behalf of the National Health Care for the Homeless Council at a conference attended by members of The Night Ministry's staff. With their encouragement, he started to volunteer with the Street Medicine Team, which brings health care, survival supplies, and supportive services to encampments across Chicago. He later became an employee.

Today, Belton believes his own experience with homelessness helps him build trust with the individuals served by The Night Ministry.

"I have one-on-one conversations with them, let them know where I'm from and where I've been. When they hear that I share some of their experiences, it helps bring down barriers," he said.

Belton said that, through his work at The Night Ministry, he has learned to not assume that he knows what is best for the individuals he helps.

"My teammates have taught me to accept each person's choices and respect where each client is on their journey," Belton said.