Homelessness in the African American Community is Disproportionately High, with Causes Deeply Rooted in the Nation's Past 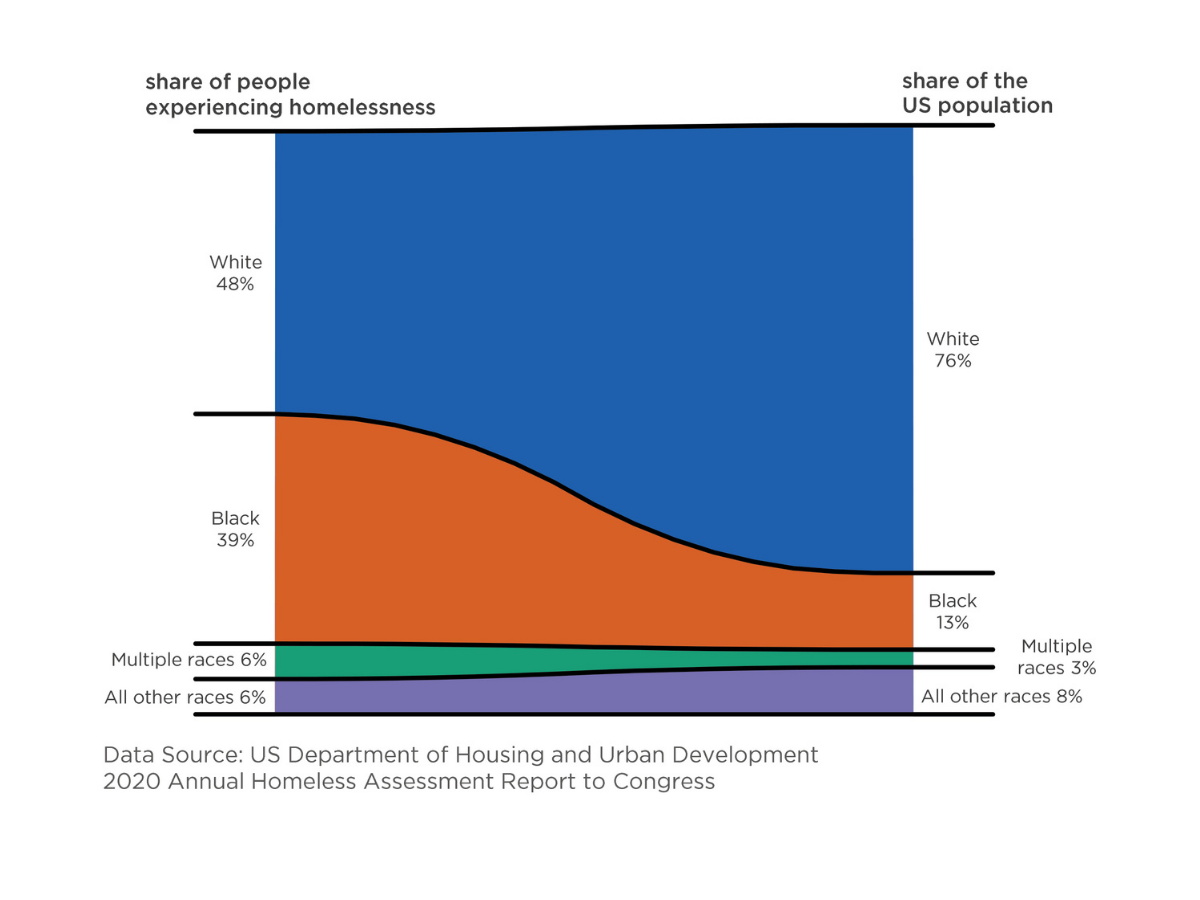 Black Americans are overrepresented in the population of people experiencing homelessness compared to their share of the overall U.S. population.

Homelessness is disproportionately experienced among historically marginalized groups in the United States, but for Black Americans, the disparity is especially stark. In Chicago, for example, despite making up about 30% of the general population, according to the City of Chicago 2021 Homeless Point-in-Time Count & Survey Report, African Americans account for more than 70% of those experiencing homelessness.

"The condition of homelessness is most often connected to the condition of poverty, even when there are other conditions present, and African Americans are far more likely to be poor," said Dr. Omar McRoberts, Associate Professor in the Department of Sociology at the University of Chicago.

Not only that, but Black Americans are more likely than members of other racial groups to reside in concentrated poverty—areas where a large proportion of residents experience poverty.

The causes behind this economic and social imbalance are deeply complex and interwoven, stretching far back into the nation's history. From enslavement, to legalized segregation, to countless other injustices faced including in the present day, Black American communities have experienced far more than their share of systemic disenfranchisement and oppression, and higher rates of homelessness and poverty are just one result of that.

"We're not talking about African Americans falling from a position of privilege or access or attainment," said McRoberts. "It's the fact that African Americans have never actually had the adequate chance to emerge from the great deprivation of slavery."

In the months to come, The Night Ministry will delve deeper into the intersection of race and homelessness through articles focused on contributing factors such as the inequitable enforcement of criminal justice, housing discrimination, and health disparities affecting Black Americans, as well as the prevalence of homelessness within the Latinx community.